What tribute does Henry Kissinger deserve today on the occasion of his 97th birthday?

In my opinion: None.

Our world is less and less secure for human rights and American values and interests. One reason for this is our fecklessness in poorly managing opportunities and threats. We could not prevail in Iraq or Afghanistan; we failed in Syria; we destabilized Libya; China is on the road to global ascendency with our help; Putin’s Russia is a corrupted form of Soviet autocracy; Europe has lost its way; the United Nations and other multinational organizations have no interest in, let alone an ability to enforce, just standards; Israel is not secure; the Middle East is convulsed with sectarian violence; Nietzsche’s “Will to Power” is the norm for international relations.

This is largely the legacy of Henry Kissinger. He shaped the outlook and disposition of our Foreign Policy establishment.

The intellectually seductive approach Kissinger espoused was to make a principle out of realism.  It was an idolatry of which he was very proud.

But no idolatry can be wise or realistic in making the world safe and sound.

Whenever realism is idealized, short-sighted opportunism and sycophancy quickly come to dominate policy. Sacrificing values and idealism to realism’s claim that only it is practical and effective turns history over to those most powerful, most cruel, most obdurate, and most selfish.

Such thinking resonates with Cassius’s cynical comment to Brutus:

Why, man, he doth bestride the narrow world
Like a Colossus, and we petty men
Walk under his huge legs and peep about
To find ourselves dishonorable graves.
Men at some time are masters of their fates.
The fault, dear Brutus, is not in our stars,
But in ourselves, that we are underlings.

Realism easily justifies cronyism – the sucking-up to those with power, celebrity, and money.

Kissinger’s eagerness to advance détente with the Soviet Union and his unctuous cultivation of Chinese leaders after Deng Xiaoping turned China away from Maoism towards “socialism with Chinese characteristics” both put on display his instinctive deference to those with power.

Now, I supported measures to encourage the evolution of the Soviet Union towards constitutionalism and open society norms for the Russian people and of China along a similar path towards a more Confucian benevolence. But the line between efforts at constructive encouragement and a policy of enabling dysfunction can be a very thin one.  A firm commitment to principal is needed to keep from crossing over that line and promoting the dark side of human aspirations.

A prime example of getting that fine line wrong was then National Security Advisor Kissinger’s misconduct with respect to the Vietnam War. It is no exaggeration to say that America lost in Vietnam because of Henry Kissinger. He just gave up, making a personal call that the South Vietnamese were no good and could not win in the end.

On January 9, 1971, he gave the Communists in Hanoi permission to hold on, to let the American forces leave, and only then conquer South Vietnam.  That day Kissinger proposed to Soviet Ambassador Dobrynin that Hanoi leave its army inside South Vietnam after peace was agreed to, gifting his South Vietnamese allies a massive Trojan Horse, which, like the first one, was used to destroy their country

Kissinger did not report this January 9, 1971 concession to President Nixon or anyone else in the American government. Nor did he disclose it to South Vietnam’s President Nguyen Van Thieu.

On May 25, 1971, Hanoi sent word privately to Kissinger that his proposal for their eventual victory was acceptable to the Communists.

In April 1975, after American forces left South Vietnam and the Democrats in the Congress cut military aid to the South Vietnamese, Hanoi’s divisions moved from the Central Highlands to assault South Vietnamese cities, in the end capturing Saigon.

The United States has never recovered from its failure in Vietnam. Pride and self-confidence were replaced by a pre-emptive defeatism – self-hating narcissism in some and simplistic jingoism in others – all to the advantage of our adversaries.

On the one hand, Kissinger’s deification of realism morphed into the Neo-Conservative conviction of American supremacy after the collapse of the Soviet Union, an illusion which nourished the arrogance of seeking regime change in Iraq.

On the other hand, picking up the downside of Kissinger’s fixation on power – obsequious concessions to whoever holds high cards, Professor Joseph Nye proposed using “soft” power to get our way in the world by winning over those who were like us. When it turned out that the world was neither populated by Americans nor in awe of their values, using “soft” power inspired one concession after another, to unenforced “Red Lines” in Syria and Ukraine and a vacuum of power in the South China Sea.

Both Kissinger’s cronyism and Nye’s myopia need to be replaced by a principled realism, using the best of both orientations – principal as an inspiration for action and realism as a constraint.

A foreign policy of principled realism was thankfully set forth last week in the Trump Administration’s statement on a strategic approach to the People’s Republic of China. Now, it must be successfully executed.

About the author: Stephen B. Young is Global Executive Director of the Caux Round Table for Moral Capitalism 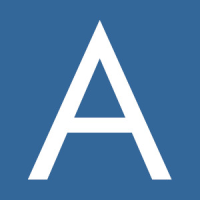