A warning from CIA veteran: Hezbollah has U.S. targets in its sights.

Excerpts from interview below.

Sam Faddis, a veteran of the CIA who witnessed Hezbollah up close for decades, tells OneNewsNow there are at least three cases of “long-term, very sophisticated, very well-trained operatives” who have been identified inside the United States.

In an exclusive interview, the retired CIA operations officer contends there is “absolutely no reason on earth” to conclude the number at work in the U.S. is only three.

Hezbollah is designated as a terrorist organization by the U.S. State Department.

In a chilling example, he points to the confrontation the United States is having with Iran over energy.

“We’re essentially cutting off their lifeblood,” he explains, “by imposing sanctions on their oil.”

As a result, Faddis contends every oil and gas facility in the United States has become a “legitimate target” for our enemy — “including every pipeline, every pumping station, and every well,” he warns.

…the Quds Force is the extraterritorial-operating unit of the Islamic Revolutionary Guard Corps (IRGC) that is responsible for carrying out an array of intelligence activities and conducting unconventional warfare around the world.

“Hezbollah and their collaborators have very detailed operational plans against very sophisticated targets,” he warns, which include the Panama Canal, the Empire State building, as well as nuclear power plants.

“Each of these has already been identified,” he tells OneNewsNow, “as one of the targets [Hezbollah] is looking at.”

Hezbollah A Case Study – Is The FBI Up To The Task

The North Korean Roller Coaster – What Will Kim Jong-Un Bring in 2020?

Iran: What Will They Hit Next? 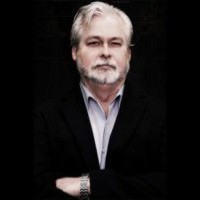